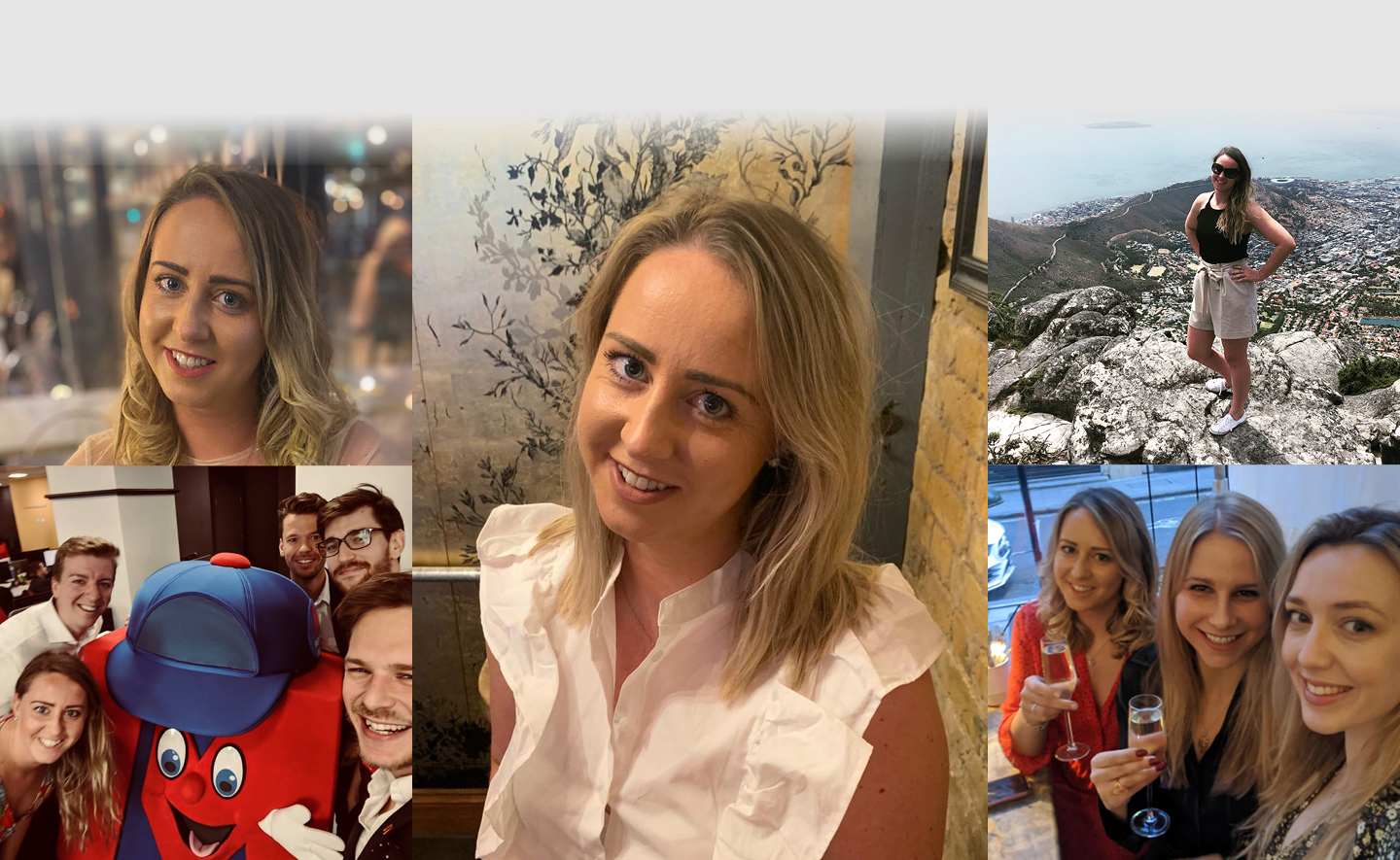 "After a great deal of research, Capco was the only firm I believed was looking at the future."

Born and raised in a small town in Angola, Jercia Araujo says she was always resourceful, a problem solver. “During my childhood, I embarked on many adventures and solved simpler problems, such as how to grab a mango from a 30-metre-tall tree,” she recalls. “Little did I know that this was merely the beginning of my life’s expedition.” That journey truly began in 2004, over 7000km from home in Newcastle upon Tyne in the north of England. There, pursuing her dream of a degree in Chemical Engineering, Jercia was able to find herself and grow in a vibrant and innovative environment.

However, she subsequently made what she today acknowledges as a life-changing decision to relocate and complete her BEng at the University of Hull. “At Hull, I was able to develop a vast range of transferable skills, and also learnt the most invaluable life lesson of all – to be resilient,” she recalls. Having embraced the challenges posed by her undergraduate studies, Jercia decided to pursue an MSc in Advanced Chemical Engineering at the University of Birmingham. During her tenure as Treasurer of the UNICEF Society, she began her journey into the world of finance.

“I was pleasantly surprised by my innate ability to tell a holistic story with financial data,” she says. “It gave me the courage to complete my MSc in Advanced Chemical Engineering in a more strategic manner, studying Data and Finance related modules. I realised at that point that I was more than a Chemical Engineer – I am a woman with an utter passion for solving problems.”

During her Master’s, Jercia built up considerable expertise in analysing technical data and solving problems using Python, highly transferable skills that prepared her for the stage of her “rollercoaster” journey: Capco. As she notes, she has overcome many challenges during her life – but the most challenging was the idea of entering the financial services industry. “It’s an industry that unfortunately has a reputation for ethnic and gender inequality,” Jercia says. “After a great deal of research, Capco was the only firm I believed was looking at the future.” The company’s Be Yourself At Work culture resonated in particular: “It showed that Capco was willing to break systematic stereotypes by continuously evolving and celebrating individuality.”

Jercia joined Capco in January 2020 as part of the firm’s Associate Data Programme (ADP). “Beginning my career Capco was an extremely pleasant experience, as I felt the strong sense of inclusion throughout the workplace,” she notes.

Coaching and networking meant she was quickly able to integrate into the Capco community. The ADP training programme and multiple data townhalls have allowed Jercia not only to build a strong network within the Data practice but to also interact and learn from subject matter experts across the wider organisation.

Jercia’s career at Capco has since presented plentiful opportunities to draw upon the skills she acquired at university to solve real-life business problems and advise on strategic business decisions.

“I am very grateful for the colleagues I’ve had the pleasure of working alongside on intriguing projects, from cleaning unstructured data to automating financial reports for effective data management and visualising data to facilitate compliance requirements and stay aligned with key data regulations,” she says. Among the most enjoyable elements of those projects has been building crucial analytical insights using Tableau and Power Bi to drive important management decisions.

Jercia describes joining Capco and the data practice as a joyous adventure. “I was fortunate enough to receive a two-week comprehensive data training which provided the opportunity to get involved with

new capabilities such as process automation via the implementation and application of digital twin and AI. The most exciting element of being part of the data community has to be joining in-house data visualisation competitions where we develop and perfect the art of telling a holistic story through cutting edge data visualisation platforms,” she adds.