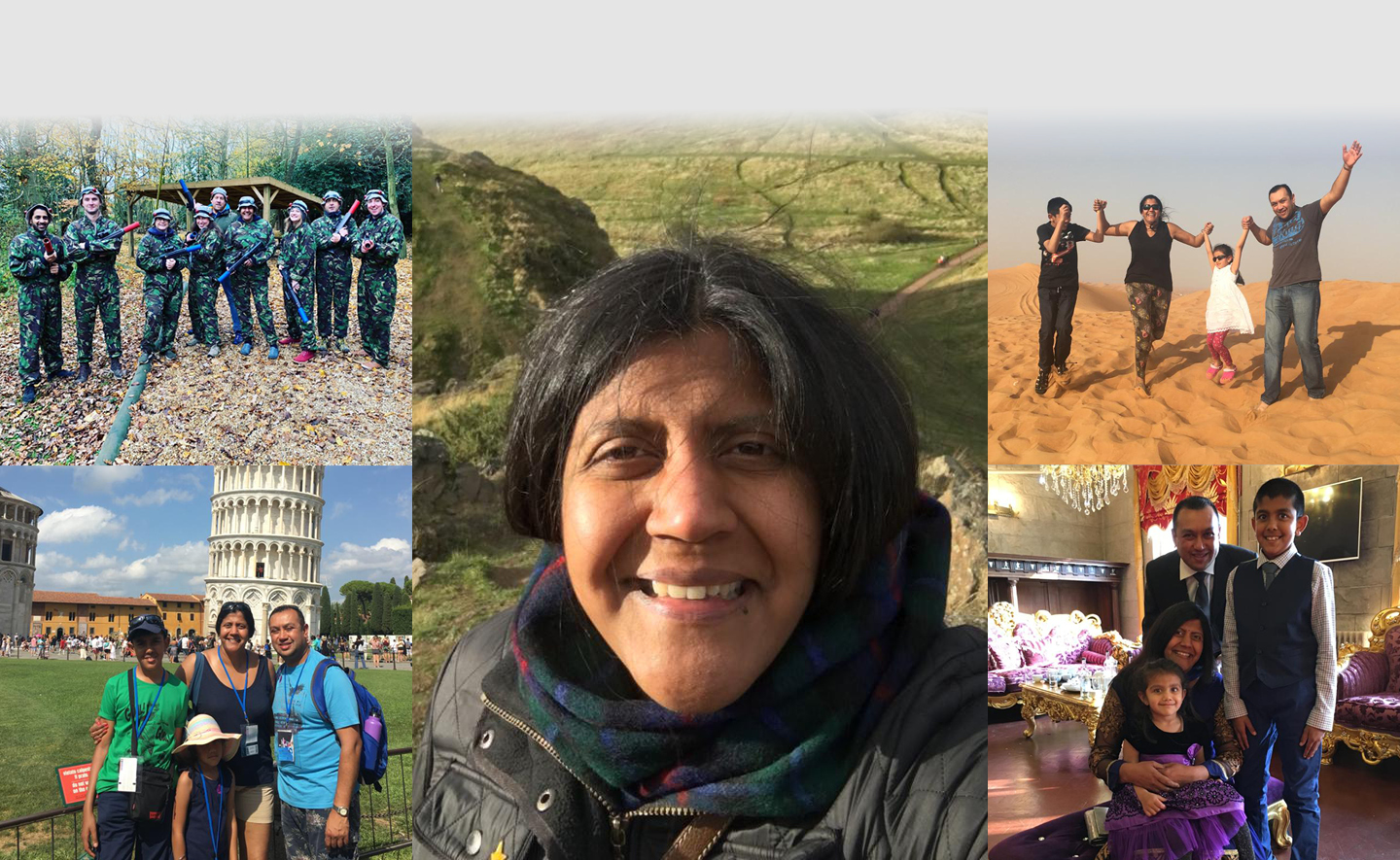 "The open culture allows us all to share our ideas for change and collaboration."

Growing up I was always very academic and interested in learning. This continued into my university years which led me to a career in the world of banking and IT. Coming from an Asian background, an ethos of hard work was drilled into me - as a first generation born British Indian, I know the sacrifices my parents made for me to have ‘everything’, and that’s always stayed with me. In my career and personal life I’ve always strived to be authentic and honest with how I’m feeling and never felt the need to hide what I think is important (which is being happy, and doing the work that makes people happy!)

I actually joined Capco as a result of a merger between my old company and Capco in July 2007, so I have been around longer than most. I’d actually already applied for a job here, so it was clearly destined to happen. I was keen to move across to Capco because of the people. Everyone was welcoming, I felt part of the team and the open culture allowed us all to share our ideas for change and collaboration. Both the company ethos and the work were a great fit.

I have been with Capco since it was less than 100 consultants, and we’re over 1,000 employees in the UK now. From the early days there was a clear emphasis on people and culture, and that has remained the case right up to today. It wasn’t just some claim in a brochure – you could feel it, both in one-to-one interactions and also at big company events. Coming from a smaller company I was able to establish my place quickly. Today, as then, there is a flat hierarchy at Capco, Partners do not hide in offices and the only determinant of career progression is your own ability.

I started as a Senior Consultant; fast forward to my second maternity leave, many program and project deliveries, and a sabbatical, I’m now an Executive Director with responsibility for two key UK accounts. I’ve experienced a plethora of diverse clients and projects during my consulting career, but I’m particularly proud of an HR transformation project I worked on for a well-known UK-based global bank. I was initially assigned to lead a team of six to deliver HR system change in support of structural reform; three years later I had delivered 16 different projects leading teams of up to 75 consultants.

It was the perfect combination of working in a great client environment, delivering work that people were excited to be involved in, and creating promotion and development opportunities for the consultants involved. The equation for a perfect project is simple: doing work that makes you happy will naturally make you work harder, which in turn makes your clients happy, which should result in happy outcomes for the consultants involved.

The high degree of change and challenge has always made working at Capco interesting. I’ve been asked a number of times how I’ve made it to 13 years at the same company, but in truth, things have not stayed the same: consulting is about continuous change, and it demands you to change to deal with an evolving work environment. I’ve reinvented myself many times and always stayed relevant. Being a ‘jack of all trades’ isn’t a bad thing if you know all those trades.

I’ve been blessed with some great coaches and mentors. They have prioritized my interests and remained committed to helping me develop for me. As a female leader in the company, I have myself been able to offer support to others in turn, helping them develop whilst holding onto their identity, be that as an Asian, a female, a mother and so on. Consulting may once have been a man’s world, but my experience is that it is perfectly possible to be feminine, empathetic, and passionate in your day-to-day work to get the best results out of your team.

Work responsibilities aside, I am a mother, wife, daughter, sister, and aunt. But I am also Kaajal, and I sometimes do need to consciously remind myself of that and not just define myself by the ‘roles’ I play! You’ll often find me in the kitchen, either alone or with my twin sister cooking up something wonderful (and veggie) for the extended family. I am also proud to be a Capco Mental Health First Aider and am always available to support people or just spend time with them talking, which is a great healer.