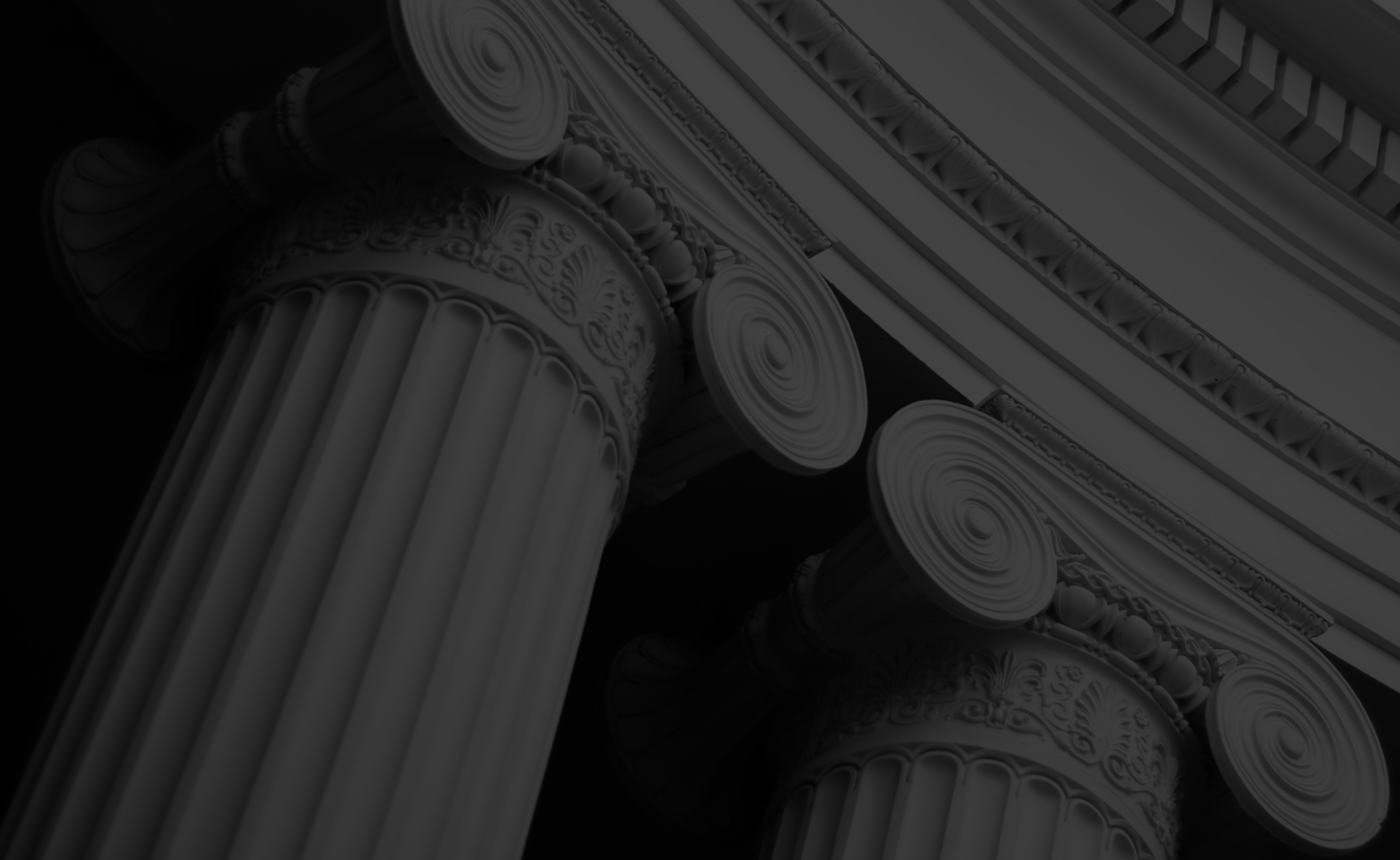 A few months ago, in October 2021, the financial world was shaken once again by another documents leak disclosed by the International Consortium of Investigative Journalists (ICIJ) – the Pandora Papers. The leaked documents showed how shell companies that guarantee owners’ anonymity, are used in tax haven jurisdictions to invest in all sorts of assets, from real estate to precious artwork. This marks a continuation of previous disclosures leaked by the network of journalists since 2016 such as the Bahamas Leaks, the Panama Papers (which was recently named the investigation of the decade by the British Journalism Award for its extensive investigation exposing politicians such as Vladimir Putin or the UK ex-Prime Minister David Cameron), and the Paradise Papers.

This time, the exposure and the amount of leaked data is said to be the biggest to date. In essence, some 12 million leaked documents gathered from 14 offshore providers show that in spite of the regulators’ effort to contain the pervasive hassle of tax evasion/fraud, some of the wealthiest, including business people, country leaders, ministers, and public officials, continue to benefit from loopholes and structural weaknesses of the financial system such as the misuse of offshore structures and shell companies.

Notorious high-risk tax havens, well-known for their lack of control and compliance programs, such as the Cayman Islands, the British Virgin Islands, or even the UAE, where most of the newly exposed companies were set up, continue to create major headaches for regulators. Since offshore structures in these jurisdictions give limited access to information, it is difficult to quantify exactly the illegitimate money flows linked to tax evasion. Based on the study issued by the OECD in 2020, over $10 trillion is estimated to be tied to it.1

Although the ICIJ’s disclaimer states at the outset that, any inclusion of a person or entity in their database is not a proof of any wrongdoing or illegal activity per se, the new findings shed light on many financial shenanigans that have benefited prominent public figures. The leaked files expose celebrities and politicians such as the prime minister of the Czech Republic Andrej Babis, King Abdullah of Jordan, or even ex-Beatles singer Ringo Starr. Ex-Chilean president Sebastián Piñera has been impeached for violating the country’s constitution after leaked allegations of the controversial $138 million mining deals which was allegedly contingent on the government not enacting new environmental regulations.

Over the years, despite the war that international regulatory bodies have declared on cross-border tax evasion, financial institutions continue to allow investors to benefit from illegal tax advantages. In the last two years alone, we have seen a spike in regulators pulling the plug on institutions’ illegal activities to help their clients avoid taxes.

A 2018 study by the European Parliament explained that although shell companies can be legal, the anonymity they offer represents a real risk due to misusing them to avoid tax as well as increasing the risk of money laundering. In a continuous attempt to combat offshore financial centres, over 130 countries have decided to join forces on a deal that aims in forcing multinationals to put a stop on aggressive tax evasion.
U.S.

After the issue of the Pandora Papers, the U.S. have stressed the importance of performing more comprehensive and rigorous background checks on clients and their wealth through lawyers and real estate agents. Moreover, one of the U.S. Treasury Department’s divisions will now work to collect more information on the true owners of real estate properties purchased through shell companies.

In Europe, the European Commission introduced its Unshell initiative in December 2021 as a result of the Pandora Papers, to strengthen its effort in reducing the misuse of shell companies for tax evasion. By establishing new transparency standards, the European measures aim at helping regulators and tax authorities better detect and prevent any abuse. The Directive should ensure that companies that have no or minimal economic activity within the EU cannot benefit from any sort of tax advantages. The new Directive should come into effect in January 2024.

In Belgium, the National Bank of Belgium in 2021 issued three new circulars to address the prevailing risks associated with tax evasion. The Belgian regulator warned financial institutions to be more vigilant with respect to tax fraud, and to that effect, started an internal audit in November 2021 that should end by June 2022. These circulars lay down the NBB’s expectations - such as that financial institutions should conduct a thorough self-assessment of their tax evasion/fraud policy and update it in case of identified gaps or clarify the scope of its interdiction to create “special tax mechanisms” designed to facilitate tax evasions. Although financial institutions were already under the obligation to inform the Belgian regulator if they did indeed have these special mechanisms in place, the circulars underline that legal sanctions are now to be expected. Among examples of operational activities that are considered as special mechanisms by the NBB are the creation of offshore companies, or the creation of internal accounts in lieu of usual clients’ accounts to allow the processing of operations such as wire transfers or the purchase of equities.

Moreover, one of the three circulars focuses on the repatriation of funds – by specifying the controls to put in place on the origins of the funds repatriated from abroad and the procedures to regularize clients’ tax situation. This will require obliged entities such as private banks, wealth or asset managers to reach out to their clients to explain and assist them in this regularization exercise, and to rectify any gaps or irregularities. Any corrective measures undertaken by financial institutions must be communicated to the NBB.

The fight against tax evasion, money laundering and terrorism financing has been front and centre for Belgium, with 2022 already bringing some changes. One of these changes has been the introduction of additional reporting requirements with the widening of the Central Point of Contact (CPC) for accounts and financial contracts foreign accounts. Since 2011, the CPC’s primary objective has been to centralize data on the accounts and financial contracts by individuals and businesses. In 2013, the CPC broadened its scope to also include the centralization of information on accounts Belgian residents hold abroad. Consequently, financial institutions located in Belgium have been requesting to submit additional information to the CPC.

The NBB explains that financial institutions including “credit and payment institutions, electronic money institutions, stock exchange companies and insurance companies” had until the end of January 2022 to submit to the CPC “the balances held in bank and payment accounts and the aggregate amounts under investment contracts and related contracts” recorded on a six month-basis starting from December 31, 2020 and ending on December 31, 2021, as well as the aggregate amounts under insurance contracts, recorded by the end of 2020. Once this is completed, financial entities will have to submit this information twice a year.

Obliged entities, defined as registrants, are legally required to share information on domestic accounts and financial contracts to the CPC. On the other side, Belgian taxpayers are also required to proactively share with the CPC every time they use accounts abroad.

Overall, the Pandora Papers go well beyond a localized issue that is only happening outside of Europe. If history has taught us anything, it is that people and financial institutions continue to repeat the same mistakes, justifying their activities as trivial and acceptable. However, although there is still much to be done to improve accountability and transparency, new requirements from European and US regulatory bodies show that the zero-tolerance initiatives are here to stay.

HOW CAPCO CAN HELP

Has your financial institution been contacted by the NBB to review policies and identify gaps in funds repatriation? Do you have stringent measures in place to fight tax evasion?
At Capco, we leverage our expertise of regulatory compliance and process efficiency to offer cost-effective solutions to help our clients identify gaps and provide a plan of action to safeguard their regulatory processes and procedures.

For further information and to discuss how our team can assist you in your regulatory and compliance endeavors, do not hesitate to contact us.