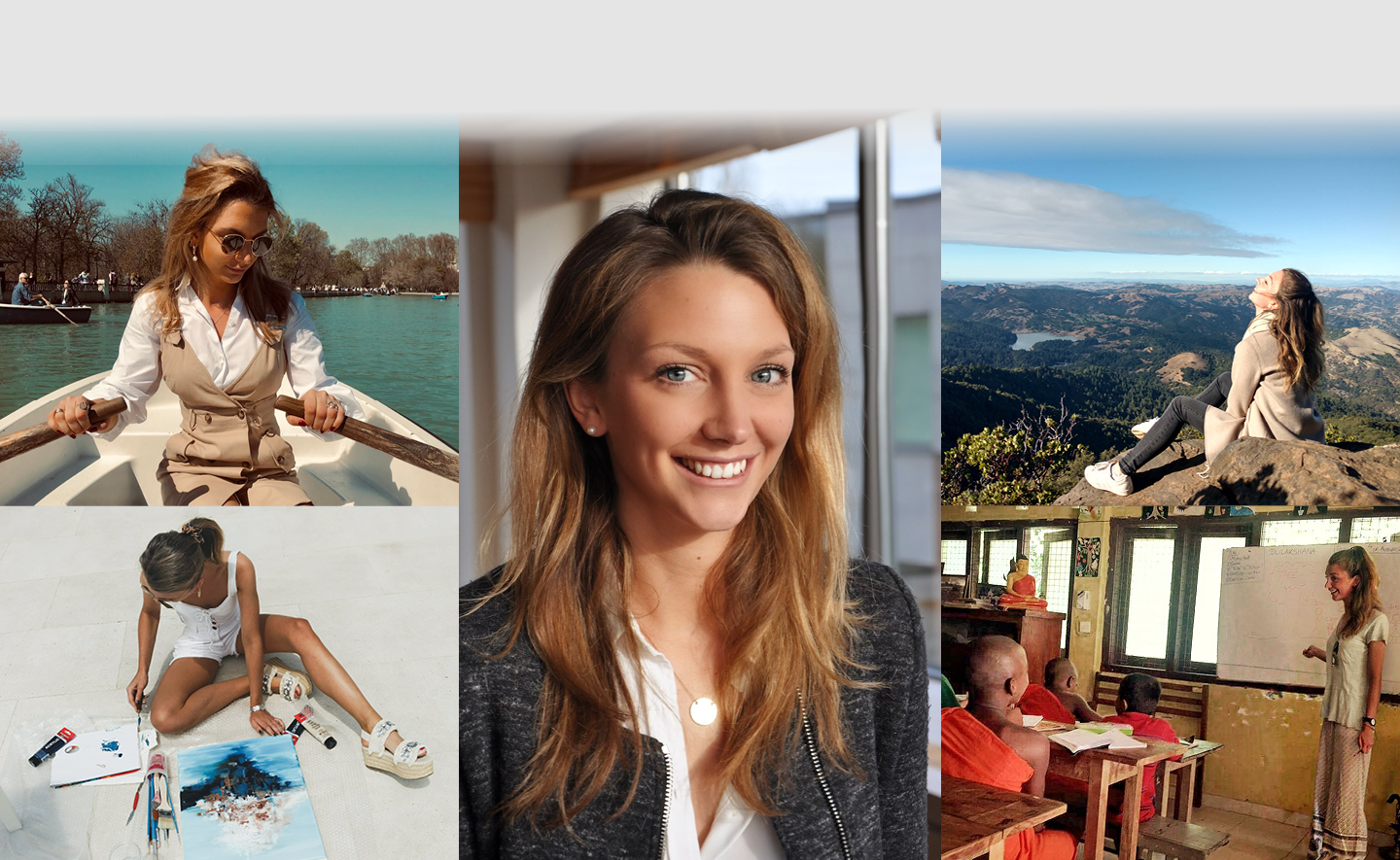 I grew up in Luxembourg as an expat. Growing up in an international environment, it’s been hard to stay in one location, and I travelled a lot and studied in London, New York, and Brussels. By the age of 20, I had seen every continent and if you want to catch me nowadays, you will probably find me sitting on a plane. As far back as I can remember, I have been both analytical and creative. I majored in scientific topics in high school while painting and drawing at home, and it took me some time to figure out what I wanted to do in life.

I studied Communications and Advertising at university, moved onto International Business for my first master’s degree, followed by a second one in Finance and topped that recently with a degree in Art and Business. I have also volunteered heavily through the years, both locally and in foreign countries, and one of my dreams is to set up my own NGO fighting for women’s empowerment.

I joined Capco through a German friend of mine who had been working with Capco. He told me that he enjoyed the team he worked with and spent a lot of time with his colleagues outside of work, but also that the project he was working on at the time was challenging and had taught him a lot. He shared more details about the variety of projects he took part in, as well as the international elements of his role, and I saw that Capco might well be what I needed in terms of personal growth, team spirit and company culture.

Coming into the company from a role within a very hierarchical environment, I was immediately struck by the positive and welcoming atmosphere. Though the learning curve was steep, I knew I could count on my colleagues and felt part of the team instantly.

I started as an Associate and moved up to Consultant within a few months. My manager played a significant role in my development. We worked together at the same client for two years, during which time he sometimes pushed me to my limits, and in hindsight I appreciate how his constructive criticism and particularly his trust in me and my work helped me to grow.

The company also allowed me to work on my personal growth. I have always been passionate about art and wanted to pursue a degree in that field, and was granted temporary leave to participate in a program in London. Since my return we have been working on how this passion might contribute to Capco’s offering. We are currently building an art and finance offering, initially focusing on regulatory topics such as the Fifth Anti-Money Laundering Directive, which places new compliance burdens on art market participants. A key project during my time at Capco involved a top-tier Belgian bank looking to insource its wealth and portfolio management activities for its private banking clients. We were tasked with leading the entire program from inception through to final implementation. I joined the program as a Business Analyst on various streams, including portfolio management and client reporting, and shortly afterwards the client asked me to review their customer communication strategy and build out a new one for the coming five years. This was a major challenge for me, as someone new to the world of consulting, and I was also required to manage that project by myself. However, the opportunity served to strengthen my leadership skills and I was able to complete a successful delivery that was positively received by the management team. My proposals were implemented the following year.

Everyone should have a location where they feel at peace and can recharge – and mines are airports and museums. I am inspired by the electricity and expectations you get from airports, the expectation of transporting you somewhere else and the excitement of the unknown. At museums, meanwhile, I am surrounded by my favourite artists and can dive into myself and reconnect with what inspires me the most.