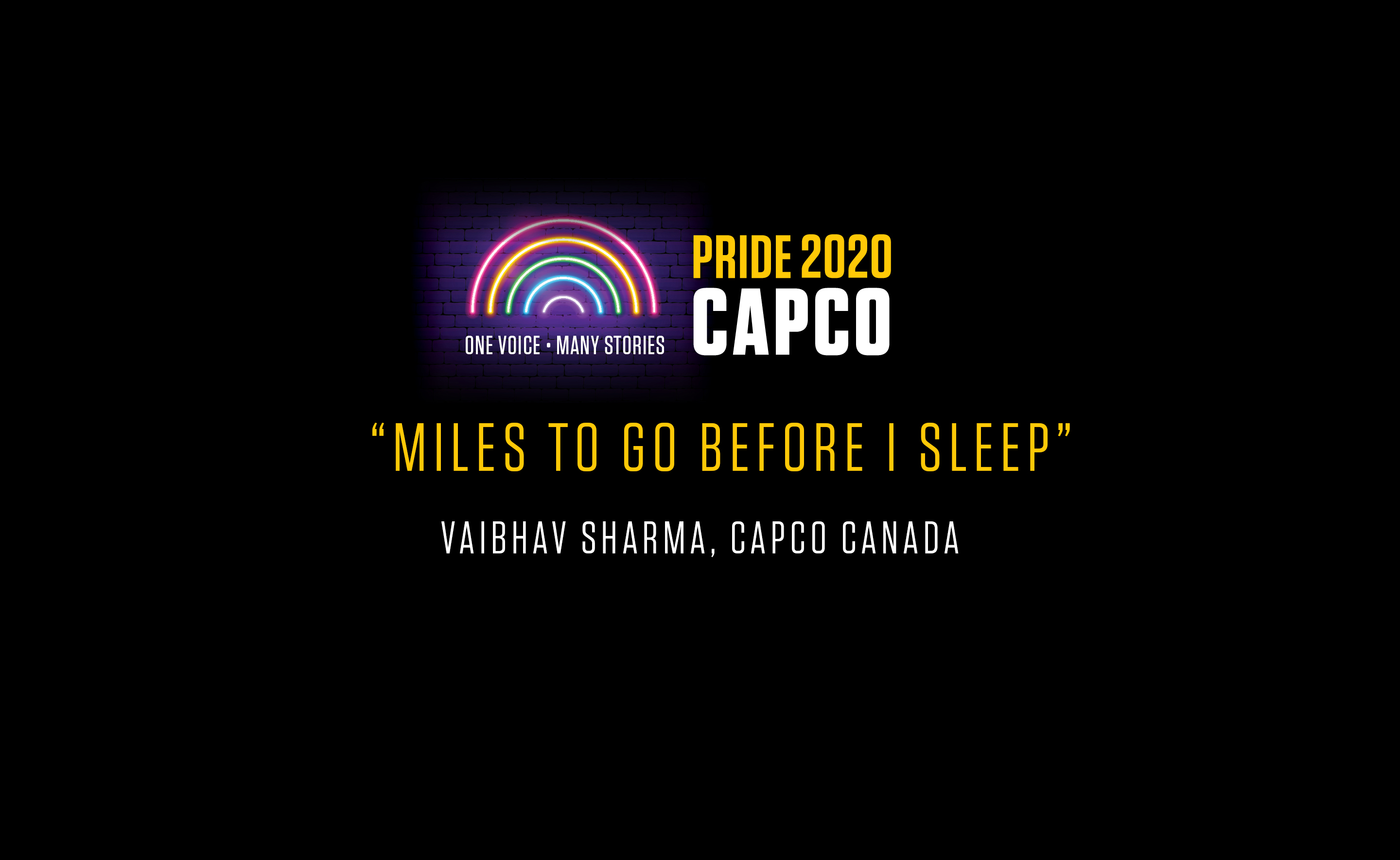 In February 2018, an enthusiastic crowd at Mumbai Pride cheered, “Section 377, Quit India, Bharat Chhodo,” at the very spot where Mahatma Gandhi had asked the British colonists to leave 75 years earlier.

Section 377 of the Indian Penal Code had been in effect since the 1860s. Section 377 was the most draconian law for Indian queer people, criminalizing homosexual behavior and mandating a 10-year prison sentence for people who violated the law. Thus, Pride in India, where I grew up, was never about self-respect and worthiness, unlike in Canada. Instead, it was a protest  ─ a protest against a law criminalizing our existence, and against a society that ostracized the LGBTQ+ community.

But I had a strong desire to change the status quo, so in May 2018, I was a signatory to a petition of 20 students and alumni from different IITs (Indian Institutes of Technology) against Section 377. We decided to move the petition to the Indian Supreme Court. In a matter of three weeks, we made a strong case  – selected lawyers, mobilized funds, briefed petitioners, and completed paperwork.

As we filed the case and contended it in court, we used ‘IIT’ to keep the judges hooked, making the petition extremely personal and shattering stereotypes. To provide some perspective, the IIT is India’s leading technology school, and it is the dream of many Indian students to attend. It was a surprising revelation to many that IITs were home to so many members of the LGBTQ+ community, and this prompted journalist Sandip Roy to write, “Who would have thought being gay is as Indian as the IIT?”

In September 2018, the judges delivered their decision, ruling in our favor. “I am what I am, so take me as I am,” said the Chief Justice. Our community – decriminalized – celebrated! The winds of change spread across the South Asian subcontinent. Today, Pride marches have sprung up in smaller towns and cities of India. Bhutan also decriminalized homosexuality in 2019, and Singaporeans petitioned against a similar colonial-era law.

As a young gay man in India, I learned to shape my life around this law, despite my activism. I chose a life away from family (read: family arranged marriage), working with multinational organizations known to have liberal colleagues and workplaces, and in bigger metropolitan cities where gay relationships would find more acceptance. When I first moved to Canada in 2019, many of the things which Canadians take for granted, were a breath of fresh air for me. I felt like I had broken through a glass ceiling. Whether it was watching a drag show in Toronto’s Church and Wellesley neighborhood, or coming out to the owner of an apartment, whom I barely knew, I felt a sense of freedom and liberation.

When I arrived for an interview at Capco’s Toronto office, I saw a large ‘Be Yourself’ tableau with a rainbow in the background – further solidifying my resolve to join the firm.

In February 2020, I took a group of 10 Capco colleagues to watch a mainstream Bollywood movie, Shubh Mangal Zyada Savdhaan, that attacked homophobia with comedy. The movie talked about the acceptance of gay marriage not only by society but also by law and police. This fun-filled movie drove home the message of marriage equality. As we closed the evening and we discussed what this movie could herald, I realized that so much has changed in India while I have been away. Celebrities have started to come out, queer people are entering politics, and petitions for marriage equality and adoption rights are already in the courts.

To many, Pride seems like a big party, a fad, or a mere token. It’s too easy to forget the long years of activism and advocacy that brought us the momentous successes that we have today. I am proud to have been part of one such historic event in India, and as I build a new life for myself in Canada, I look forward to many more triumphs.