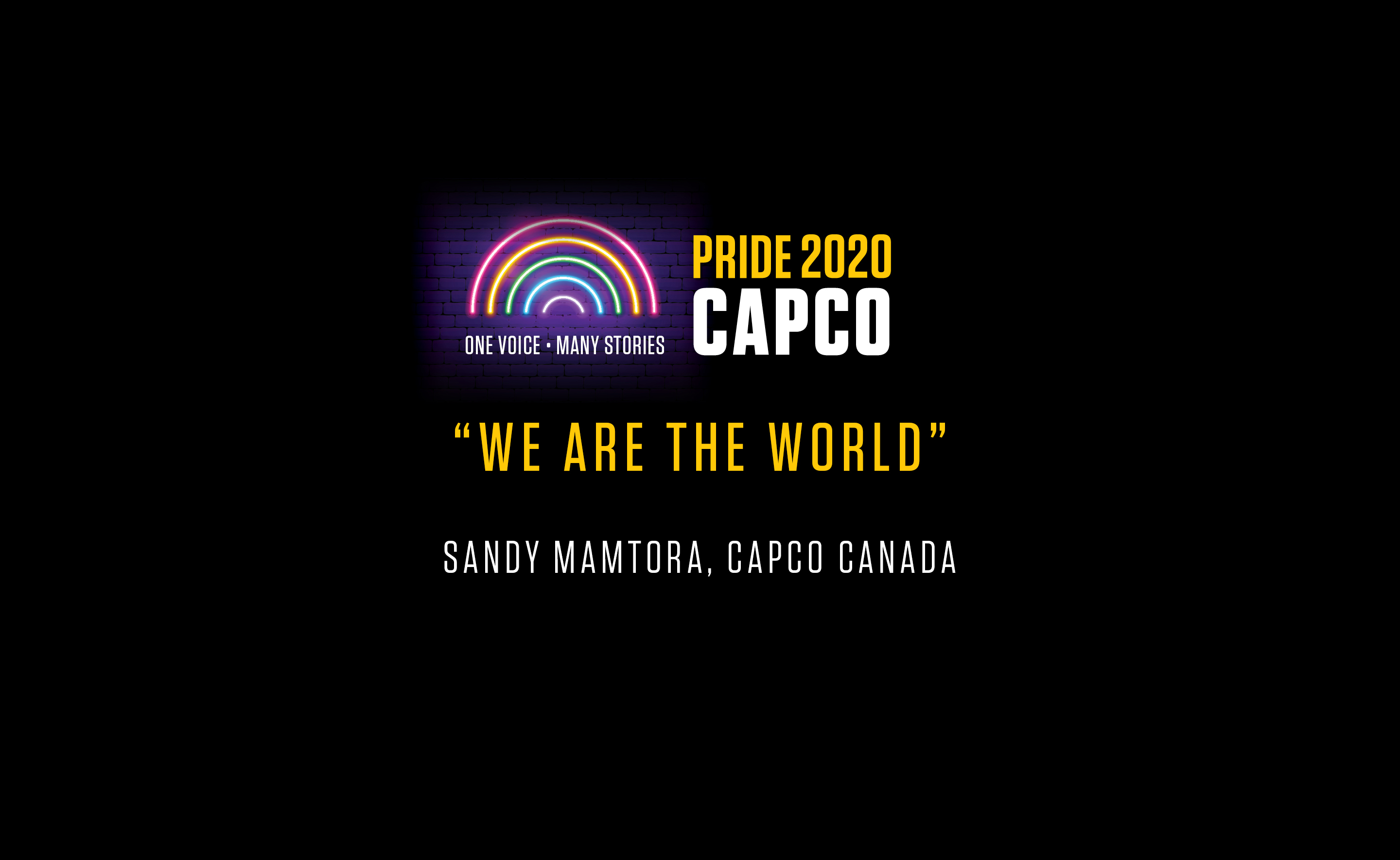 Deciding what to write for Pride month in 2020 felt a little strange this year. There is so much happening around us, and for some reason, my mind chose to draw inspiration from the lyrics of “We Are the World” - a charity single originally recorded by USA for Africa in 1985.

In February 2020, amid my sabbatical and traveling across South America, the horrors of a microscopic virus surfaced. People were hospitalized and dying because of this novel virus that people didn’t know a lot about. While some people recovered, doctors had difficulty pinning down a proven treatment. The world descended into a state of shock, grief and desperation and my sabbatical had to be cut short as countries started closing their borders all around me. These feelings felt all too familiar, growing up in the LGBTQ+ community. Reminiscing back to the decadence of the London scene and coming out in 1992, HIV/ AIDS was always the elephant in the room (or dance floor).

As well as becoming accustomed to wearing the gay/straight label, HIV status became an additional status gay men were expected to share. Periodic blood tests became the norm, and every visit to the doctor turned into a terrifying ordeal. HIV infection came to be known as the ‘gay disease,’ as if it was a divine curse to be homosexual. Uncertainty incites human beings to look for someone to blame, and unsurprisingly, not much has changed. Today we can draw parallels to COVID-19 and how it was initially and ridiculously dubbed as the ‘Chinese Virus.’

Since the 1980s, it is estimated that 32 million people died from HIV related complications. Fast forward 40 years and dancing through timeless classics such as Gloria Gaynor’s “I Will Survive,” the LGBTQ+ community has prevailed. While today there is no cure for HIV, through education, safe sex practices and the development of new medicines, we have survived an pandemic that once ravaged the LGBTQ+  community.

With no imminent cure in sight, we can share learnings from HIV. The same way that HIV and AIDs redefined the community, from a time when love was wrapped in fear, let us look at this current pandemic as a way to bring us together. Each one of us shares accountability far beyond our own- accountability to know our status and to protect, not just ourselves, but more importantly, those around us. Like HIV, there seems to a stigma attached to COVID disclosure. If history has taught us anything, effective management of this pandemic will be paramount and based on the detection, treatment, and sharing of our status in a manner that does not infringe on our civil liberties. But it doesn’t stop there...

We cannot forget that last year was also the 50-year anniversary of Stonewall, the riots which catalyzed positive change in LGBTQ+ rights. It has taken many years for Pride to become the celebration it is today. Recent events such as the George Floyd case and the Black Lives Matter protests show us that people continue to face assault because of the color of their skin, how they look, or how they choose to express themselves.  Today, we have greater access to information to educate ourselves and to exercise this voice via technology and social media platforms – but are we being heard?

For Pride Month, let us all reflect, learn, and provide support to those who are protesting, with the hope of not repeating past mistakes. Let us celebrate in the spirit of being equal and one global community. In closing, and to quote the song that inspired this blog – “We are the world, we are the children. We are the ones who make a brighter day, so let’s start giving.”